A few weeks ago I looked at some of the rich stats provided by Halo 4, and wanted to follow up on some of the ideas that came out of it relating to the effects of team color on multiplayer success.

For those who aren't familiar, Halo 4's main multiplayer component is highly team based.  With the exception of the relatively new playlist 'team doubles', teams range from 4 to eight players on a side.  There are always two teams, red and blue.  The red team always starts at the same place in any given map and game type, as does the blue team.  This leads to the possibility that team assignment may have some impact on the outcome for each team.

Like I've said, playing Halo 4 produces a great deal of data that is accessible to the player.  It's relatively easy to go into personal stats and code wins and losses by team color.  Since team assignment is assumed to be random, wins should be equivalent regardless of which color team I'm playing on.

I pulled down data from 136 games of multiplayer Halo 4 that I've played recently.  The assignment to teams in these cases are fairly even, with 65 instances of being on blue team and 71 instances of being on red team.  This relates to a split of 47.8% to 52.2%, which again we should hopefully consider to be at least somewhat random.

We can very easily create a contingency table from this which looks at the win/loss percentages for those instances of red and blue team membership.  This is what that looks like:


We can also run some statistical tests (in this case Chi-square tests of association) on these numbers.  While there does appear to be a slightly better chance of winning on the red team overall, it turns out that this relationship of team color and outcome is not significant.

We could have a long discussion about what Grifball is, so for those who don't already know I'll simply direct you to the halo wiki here:

For those who don't like reading, I'll direct you to this awesome image that I found on the halo wiki: 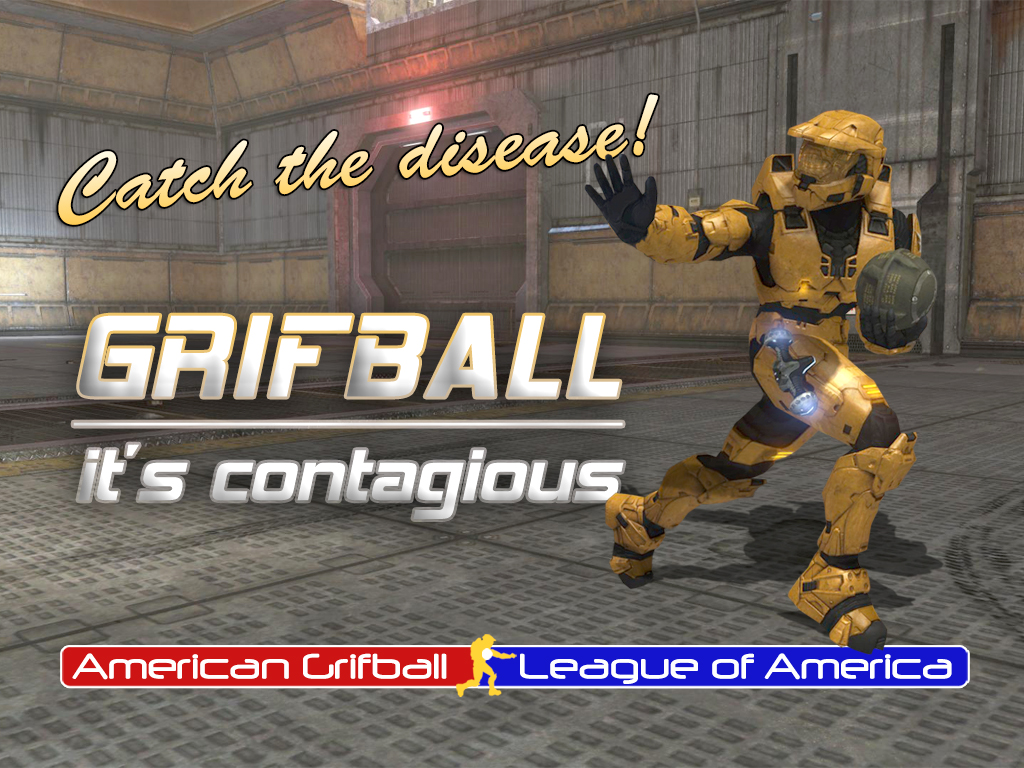 In these last 136 games I've played 57 games of Team Slayer and 35 games of Grifball.  I've play other things (obviously), but the next most played game type only has 16 games in this set so I'm a bit (more) skeptical about the stats I'd run on it.  That said, we can take a look at Team Slayer and Grifball and see if anything comes of it.

Let's cut to the chase - something does.  The numbers on Grifball are still be a bit small, and while numbers do seem to be trending with a slight advantage for blue team we fail to find a significant relationship between team color and wins.  Here's the breakdown:


For Team Slayer, there is a significant relationship between team color and winning - it's also the opposite of how Grifball is trending (though keep in mind a trend is not an effect).  In Team Slayer matches it turns out I tend to win significantly more when I'm on red team than on blue team.  Here's the breakdown:

I wasn't intending things to come down to Team Slayer and Grifball (potential reviewer comment: needs more theory), but it actually presents a very interesting dichotomy that I wish I actually had come up with on my own (and not just because I play a lot of Grifball).

This dichotomy relates to the possible advantages that can be given to either team based on team color.

Let's take a step back and explain some things about these two types of Halo 4 multiplayer.

In most of Halo 4 multiplayer the maps - and thus the team placement on maps - are asymmetric.  In this way the maps themselves may actually be able to provide some advantage to one team or another.  It might be the case in a Team Slayer match that the red team starts a little closer to better weapons or better vehicles.  This might give them the sort of starting advantage that could turn the tide of a game early on and impact wins and losses.  It's possible that this is what may be driving the effect we found above.

Let's imagine that for some reason you didn't go read all about Grifball.  Here's the important part.

Grifball is played in a perfectly symmetric (nearly if not perfectly square) arena in which each team starts in symmetric positions with the Grifball itself in the center of the room.  Neither team should be able to gain any advantage due to starting position, nearby weapons/vehicles, etc.  In fact, all players start with the same weapons (hammers and swords - I'm telling you that Grifball is pretty fun), and there are no additional weapons or vehicles on the map.

Because of this, if we were to find a decisive and replicable relationship between team color and winning in the Grifball game type we could only attribute it to a) error or b) psychological differences of being placed on different teams.

Like I said, I wish I had thought of it instead of stumbled onto it.

Unfortunately, I simply don't have enough data at the moment to make any strong statements one way or the other.  Statistically, it does seem that I have an advantage in Team Slayer when playing on red team, though I'd also like to run some more numbers on it.  I have more games I can code, though it's only recently that I've been playing Grifball.

So, I guess that instead of writing this post I should actually be playing some more Grifball...I mean collecting some more data.  See you in the arena!